Is It Possible to Raise 100 lb of Worms in a Small Room?

That’s the question Brian Paley set out to answer in his now-legendary (among worm-heads, anyway! lol), MONSTER article, “How To Breed, Raise, and Maintain A 100-Pound Stock of Worms in a Single Room” (which I will refer to as “Paley100” for the sake of brevity).

I first came across the 7-part article back when I was a wet-behind-the-ears newbie (quite a few years ago now), and I remember being in total awe of the rather-crazy ideas Paley had about raising composting worms.

At the time, I was in the early stages of “hobby mode”, so I didn’t really have the urge to get as serious about worm growing as the author. Nevertheless, I did still get caught up in the “magic” of Paley’s claims, and it remained lodged in my brain as a very valuable worm farming resource – a resource I’ve referred many others to over the years.

But what’s funny is that it wasn’t until very recently (at time of writing) that I actually got through the whole thing, and truly appreciated the wisdom it contains. It all started with someone (I’d referred to the article) asking me if anyone had created any sort of “summary”.

Long-story-short, I was inspired to do exactly that!

[As a side note, I should mention that Paley100 contains some 13,720 words – the equivalent of 50-60 pages of 12 pt text, and is ridiculously long-winded – not to mention confusing – in more than a few places]

All these years later, as I was carefully going through the article and making notes, there were two things that stood out for me pretty quickly: 1) The quality of the information is more questionable in places than I originally realized, and 2) The “good stuff” is even more golden than I originally realized. The latter realization stems from my own observations and research over the years that actually support a lot of what Paley was claiming.

Distilling the article down to its core essence (at least the essence I feel is worthy of your attention), the main “Big Idea” is that you can raise loads and loads of very tiny adult Red Worms (potentially other species as well – I’ll touch on this again in a minute) in FAR less space, with fewer hassles and at a lower cost, than would be required for the same number of full-size adults. These tiny adult can then (reportedly) be grown out to full size quite quickly.

Yep, I highlighted that section because I want to emphasize its importance (feel free to read it again)!

Paley’s “secret” – and likely the reason the article resonates so much with me – was his deep understanding of the nature of Red Worms (even if he did have the wrong “Red Worms” in mind – and even though he did miss the mark in other ways at times). He definitely had what I like to (half-jokingly) refer to as “worm sense”. A gut feel about things based on a lot of reading, and a lot of observing!

His methods rely largely on the incredible abilities Red Worms have for adapting to a wide range of environmental conditions (a necessity, given the often-rapidly-changing “natural” habitats they tend to live in). When you manipulate those conditions (preferably in a manner that’s not quite as “cruel and unusual” as the first approach he writes about! lol), you can achieve the same sorts of results Paley writes about.

Which reminds me, it’s very important to note that Paley probably should have said “…100 lb worth of Worms…”, since it’s not until you actually grow them out that you achieve the full weight. It would take a LOT of these teeny tiny adults to actually add up to 100 lb of worm biomass (and it’s scary to think what the full-weight equivalent might then be!).

Getting back to my summary…

I ended up deciding to share my in-depth summary (including personal commentary) of the Paley100 article with members of the Worm Farming Alliance – and it has become something of a “follow-along” type of project for the group. I am still in the early stages of my own experiments (have two bins aging as I write this), but I’ve received some great feedback from other members, along with reports of some pretty amazing results.

Earlier I mentioned that this could have the potential to work with other species apart from Red Worms. Well, this is mainly the result of some observations shared by Larry Shier regarding a Paley-esque European Nightcrawler bin he happened to set up (before he even read the Paley100 guide). Larry has confirmed that it IS indeed possible to have a fairly “normal” sized tub system containing incredible densities of tiny adult Euros, and – even more importantly – that these worms can be grown to full-size relatively quickly. But what’s even more amazing (to me anyway) is that when Larry harvested this one system, he actually ended up with about 5 lb of the TINY worms!

I can’t wait to see how things develop from here!

Regardless of whether or not you are interested in following along with our WFA “Paley100 Project” (and reading my guide), I highly recommend spending some time with the original article. Here again is the link:

“How To Breed, Raise, and Maintain A 100-Pound Stock of Worms in a Single Room”

Please feel free to chime in with your thoughts in the comments section below as well!
😎 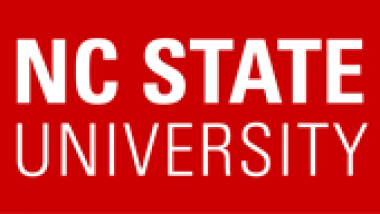 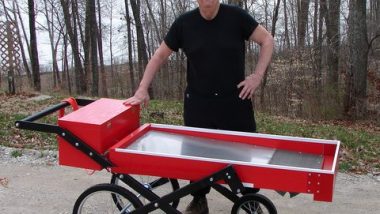